The term alimony is used to describe a court-ordered provision for an individual to pay a spouse after a separation or divorce takes place. In the state of New Hampshire, alimony laws were changed significantly in 2018 and recently revised to reduce the percentage used in the original statute from 30% to 23%.   Anyone subject to a new separation or divorce filing should familiarize themselves with the new law in order to be knowledgeable of the changes. The goal of the new law is to provide a new system that is more predictable. 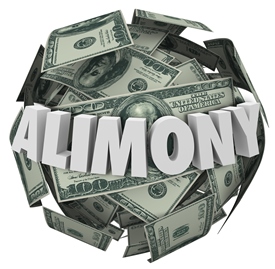 The reason for the original change was Senate Bill 71. The measure passed via a bipartisan vote and among its changes, a statue is included that creates a formula that is used to determine how much the payer will have to contribute to the spouse. Without the formula, payments would vary based on jurisdiction.

Basically, the old way of determining alimony was based on the judge’s discretion and not a given formula. For any case, a different judge could provide a different outcome. Now, the new system will create a formula that is used by every court across the state for a more streamlined approach.

Senate Bill 16 revises the formula established by Senate Bill 71.   The new system includes a formula that will set the alimony amount based on 23% of the difference between the ex-spouse’s incomes. While this formula will be used, there are also other factors to consider.

With the new formula, it gives both the individual required to pay alimony and the one to receive the payments a better idea as to what to expect.  There still must be a finding that one party has a need and that the other party has the ability to pay.   Once a finding has been made, then the Court can apply the formula.  Take for example, a former husband making $100,000 a year, ex-wife has an income of $50,000, then the difference is $50,000. The amount of alimony to be paid could be 23% of the $50,000, which would equal $11,500 as opposed to $15,000 a year under the prior formula.   This is a straightforward breakdown of the formula and does not take into consideration all of the other factors set forth in the statute.

If you are currently paying alimony in an amount that is greater than 23% based upon an order that was issued on or after January 1, 2019, then you have the right to seek a modification without having to demonstrate an unforeseen change in circumstances.   However, any requests to modify based upon this provision must be filed on or before July 1, 2022.

The qualified attorneys at Cohen and Winters can assist with all your family law needs, including alimony questions and concerns. Contact the office today to schedule a consultation.