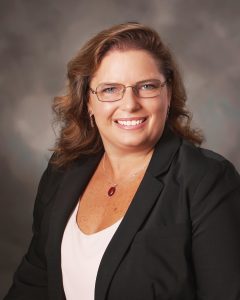 Please note that after many successful years as a family lawyer in Manchester, Shaunna Browne is no longer taking new cases or actively handling family matters. She is associated with Cohen & Winters in an “of counsel” capacity, which is limited to consulting with their lawyers on complex issues as they arise.

Attorney Shaunna L. Browne was born and raised in Manchester, New Hampshire. After graduating from Memorial High School she attended the University of New Hampshire in Durham and then transferred to Notre Dame College where she received her Bachelor’s Degree in Paralegal Studies.

Attorney Browne’s first law related employment opportunity occurred when she began working as a Court Assistant with the Hillsborough County Probate Court. She was then hired as a real estate paralegal for a national firm that concentrated in the areas of bankruptcy, foreclosure, and evictions.

Upon her admission to the New Hampshire Bar, Attorney Browne began practicing as an associate attorney, primarily in the area of family law. She has found that family law is a varied and dynamic area of practice. She is very aware of the emotionally charged atmosphere that family law matters create and is accustomed to dealing with a variety of minor and major “emergency” situations. She has litigated very complex and difficult divorce, custody and abuse and neglect matters and has strived to utilize her years of training and education to obtain the positive results every client deserves.

Almost immediately after becoming an attorney, Attorney Browne joined Keefe Law Offices as an associate attorney. In March of 2002, after approximately one and a half years with Keefe Law Offices, Attorney Browne proved her ability and dedication and was recognized by being made a partner in the firm of Keefe and Browne, P.A. While a partner with Keefe and Browne, P.A. Attorney Browne acted as co-counsel in criminal defense work for felony level crimes and personal injury matters. She has found that work in the criminal and personal injury areas of law has helped her to fine tune her skills as a trial attorney, which has greatly benefited her family law practice and clientele. On July 1, 2012, Attorney Browne opened the Law Office of Shaunna L. Browne, PLLC, which she successfully operated until September of 2021, at which time she became of counsel to Cohen & Winters.

She currently resides in Hooksett, New Hampshire with her husband, Timothy Dwyer and is the step-mother to her husband’s son. She values the time she spends with her family and she enjoys a wide variety of activities, which includes volunteer work, skiing, travel, boating, and reading. She brings a high level of enthusiasm, understanding and knowledge to the practice of family law and enjoys working with clients so as to make their foray into the legal arena as stress free as possible. She utilizes her skills and expertise to get the results that her clients desire and deserve.