Casey Miller took an unusual path which ultimately led him to concentrating his practice in family law.  He grew up in southwest Missouri where he received a degree in journalism from Missouri Southern State College in 1996.  After graduation he worked in Dallas, Texas for a few years as a network technician before his admission to Franklin Pierce Law Center (n/k/a The University of New Hampshire School of Law)  in 2002,  which he attended due to his interest in using his journalism skills to assist people within our judicial system. 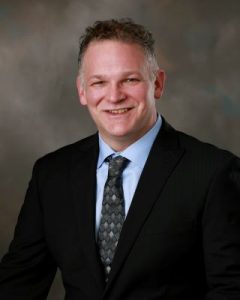 During law school, Attorney Miller worked as a law clerk for different firms in the area where he honed his legal research and writing skills by working on appellate briefs and motions for the First Circuit Court of Appeals, the Superior and Circuit Courts of New Hampshire.  Upon graduation, Attorney Miller worked as an investigator for the New Hampshire Commission for Human Rights for eight years where he developed an interest in employment law, and learned invaluable skills involving the analysis of evidence, interviewing witnesses and alternative dispute resolution. In 2015, Attorney Miller took a chance and opened up a small general practice firm in the Town of Warner where he was the only practicing attorney for five years.  His family law experience came out of necessity, as it was the main area of inquiry from potential clients   He grew to enjoy helping people navigate the legal process and deal with the various entities within the system.

In January of 2021, Attorney Miller joined The Law Office of Shaunna L. Browne, PLLC, where he can utilize his years of experience assisting clients with all aspects of the process, including day to day management of files, settlement negotiations, participation in mediation,  participation in  preliminary hearings, and preparation for and participation in multiple day final hearings on the merits.

Attorney Miller still resides in Warner where, during his solo practice he found time to volunteer for a local food pantry and resource center, Warner Connects, where he will continue to serve as a board member. His interests include playing guitar, golf, and he plans to try snowshoeing this winter.